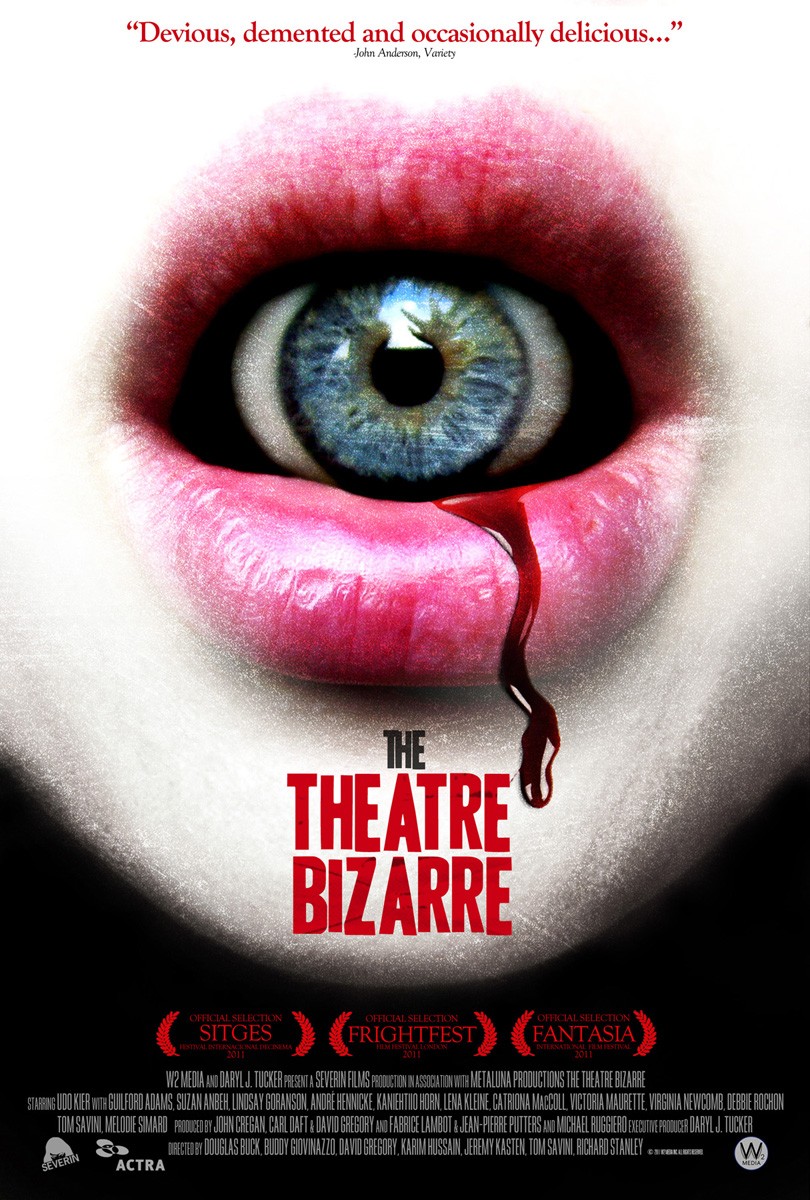 “Jeremy Kasten (The Attic Expeditions) directs [the wraparound] segment and Zach Chassler handles the screenplay. They’ve worked together in the past on the Wizard of Gore remake, which I honestly had one hell of a time sitting through, but this shit is pretty awesome. There are some great visuals in these sections — such as some hyper fast front to back focusing — and goddamn epic red lighting schemes inside the run-down theatre, which immediately put Argento in mind. Udo Kier (Flesh For Frankenstein) is at his absolute creepiest as the theatre host. He’s got his marionette-like movements down pat. This shit gets more bonkers as the film moves along.” Back Online Back On Duty

“The Theatre Bizarre opens effectively enough with Jeremy Kasten’s wonderfully creepy theater wrap-around segment, starring cult legend Udo Kier as our host Peg Poett. Lovely Virginia Newcomb plays Enola Penny, a young girl that becomes stuck in the theater where all these films are being shown. The opening and the first short, Mother of Toads, from director Richard Stanley burst forth with some amazingly spooky atmosphere.” Cinema Head Cheese