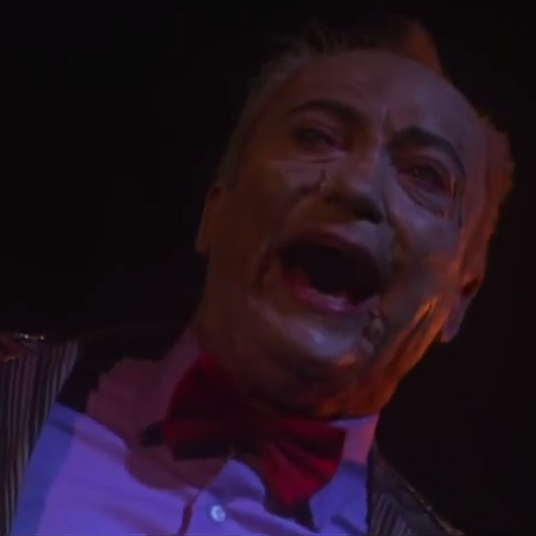 “If the stories themselves don’t do the trick, then the wraparound performances by these jittery stage show puppets will. Udo Kier as Peg Poett is presented like never before. With caked-on makeup, painted eyelids, and a jitter that will get under your skin, Poett introduces each piece. You might even expect some abomination of Marilyn Manson to come rolling out… but then again there is a show to unfold… and that’s the reason you arrived. 6 deadly tales of macabre, erotica, and infidelity.” horrornews.net