“The digital editing revolution is probably the biggest technological development in filmmaking since arc lamps went out. So they expect you’re going to be using the technology to give them something better than what they used to see,” says editor Jeremy Kasten.

“Producers know, or believe they know, what you can do on a non-linear system and how fast a movie can come together. People’s expectations are just higher, and rightly so, ” says Kasten.

As small companies have come to embrace non-linear editing as a creative tool, the danger is that movies get edited that much quicker, Kasten says. “I don’t know if that is a good thing, because the creative process still takes just as long. You still need the time to decide if a cut works or a sequence is good,” says Kasten, echoing the sentiments of many editors working in the independent film world. “I’m seeing a lot less time given to the director’s cut,” he adds. 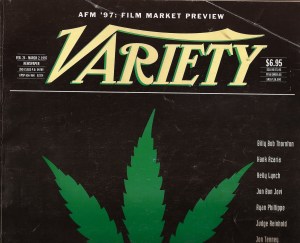